The word icon (eikon in Greek) means simply image. Many of you, when you hear the word – and you often do these days, will at once think of icons used on a computer screen: you press a button on an ‘icon’ and it opens up a whole world of information to explore.

Religious icons also can work in the same way: they can either simply be regarded as a lovely picture telling a story or they can be a holy doorway into another world – rather like the wardrobe into which Lucy climbed playing hide and seek, in C.S. Lewis’s ‘The Lion, the Witch and the Wardrobe’.

Sadly, since the eighth century, western Christianity on the whole has chosen to limit the use of icons to a picture telling a story, but in the Orthodox Church they have always been regarded as a method of prayer and a sacramental presence which, through that prayer, connects us with the heavenly world of true reality. 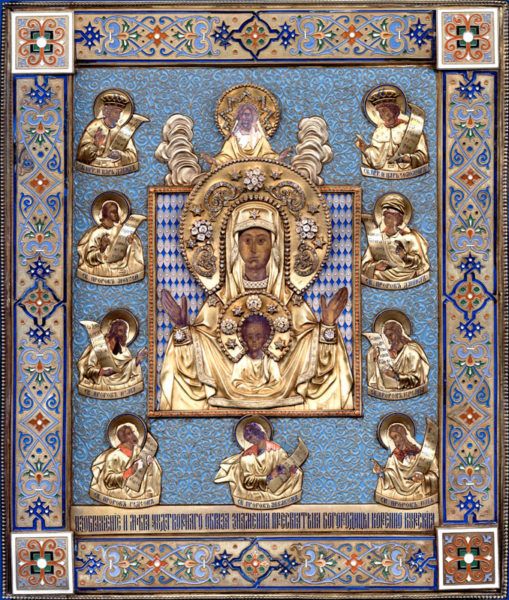 Why was this? Orthodox folk believe the icons are restorers of the beauty of the Paradise Garden which was lost through our selfish disobedience to God’s command described in the Book of Genesis. This restoration of Paradise has all been made possible because God became man in Jesus Christ and through his life of obedience, step by step undid and put right all our wrong choices and actions, healing the wounds we had inflicted on ourselves, others and his Creation and opening up a way to return to God and the Paradise Garden, and most wonderful of all to become ‘partakers of his divine nature’ (2 Peter 1:4) and filled with his divine energies. 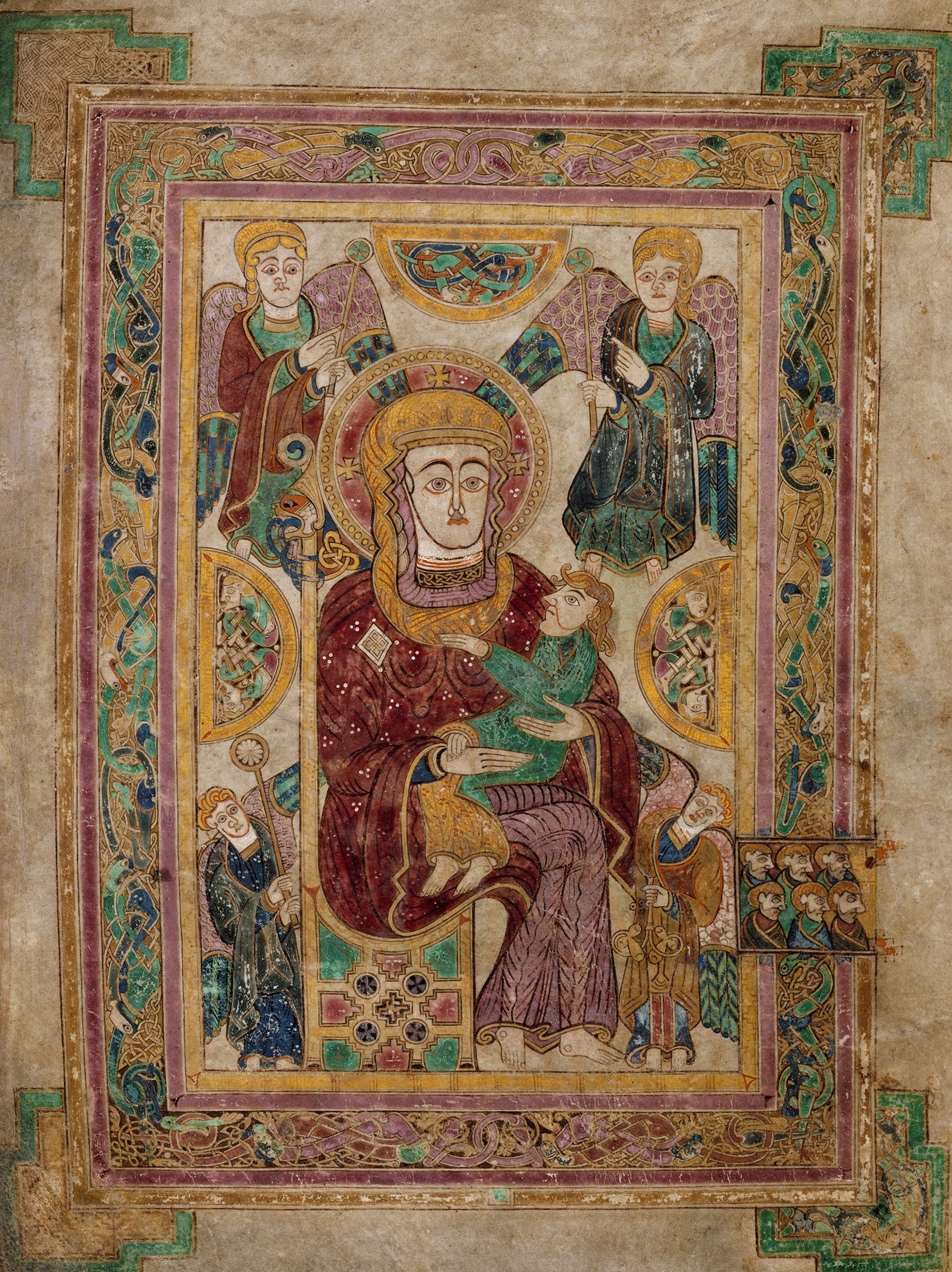 Athanasius and several of the early Fathers summed up this staggering event thus: ‘God became man in order that man might become God’. But what Jesus did in his life, death and resurrection was not just for human beings: it was for all creation – for the animal, vegetable and mineral parts of it, so that every part shares in his saving work of making whole again. As St. John quotes in Revelation 21:5 ‘Behold I make all things new’.

The work of making an icon – itself a prayer-filled and priestly ministry – shares in this saving work of bringing heaven and earth together. This is because earthly materials are used to depict heavenly subjects and matter becomes spirit bearing! The hollowed out wooden board covered with linen (called the ‘Ark’) are both from the vegetable kingdom. After many layers of chalky gesso have been laid on it, it is worked upon with pigments from the mineral kingdom, mixed with egg yolk applied with brushes both from the animal kingdom. The finished icon – a life saving Ark – becomes an image of how man was intended to relate to all creation; with loving reverence and responsible care as a good gardener, rather than as a greedy selfish exploiter and abuser of it. 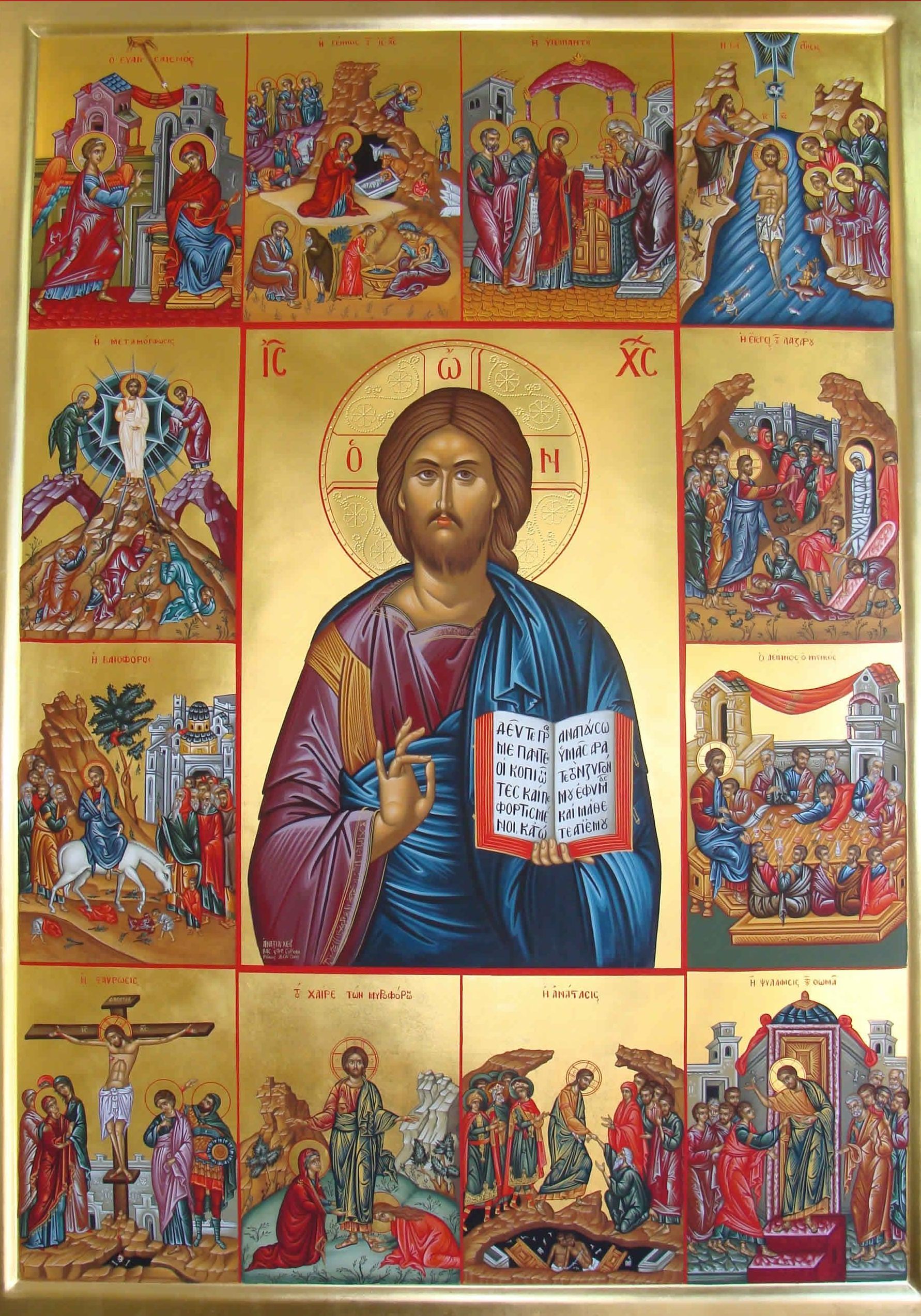 So, through icon writing (painting), we see the world once again in harmony with God; an act of spiritual ecology. It is important to make clear that an icon is not an idol but a doorway to Paradise. We do not worship the icon but reverence the person whose name it bears. We only allow portraits of Christ because God himself became human (in Old Testament times any representation of God was forbidden).

The very first portrait of Christ was the image imprinted on the cloth Christ pressed to his face, before sending it to heal the governor Abgar. The first one of Jesus’ mother is believed to have been painted by St. Luke. But whoever the artist, icons seek to convey the inner, spiritual, redeemed, real person, rather than the natural imperfect one. They always convey the divine light which transfigures the person from within. There are no shadows in icons caused by an external light source.

People often notice how different and sometimes distorted the perspective is in icons; parts further away seem larger than those near and many different views are included. This is because the icon is written as God sees it; from all angles, and the viewer is drawn into the icon to partake of its holy loving life, rather than kept at a spectator’s distance from it.

So, to sum up; Icons are full of theology, but knowledge OF GOD not knowledge ABOUT GOD. They are a sacramental presence, a little bit of heaven brought down to earth, part of the restored beauty of Paradise. They depict living beings that can bring us truth, healing and guidance, strength and love. When you quietly and reverently stand before one, you will be aware of a stillness, peace and beauty which will gradually change you and fill you with love for all of God’s creation. 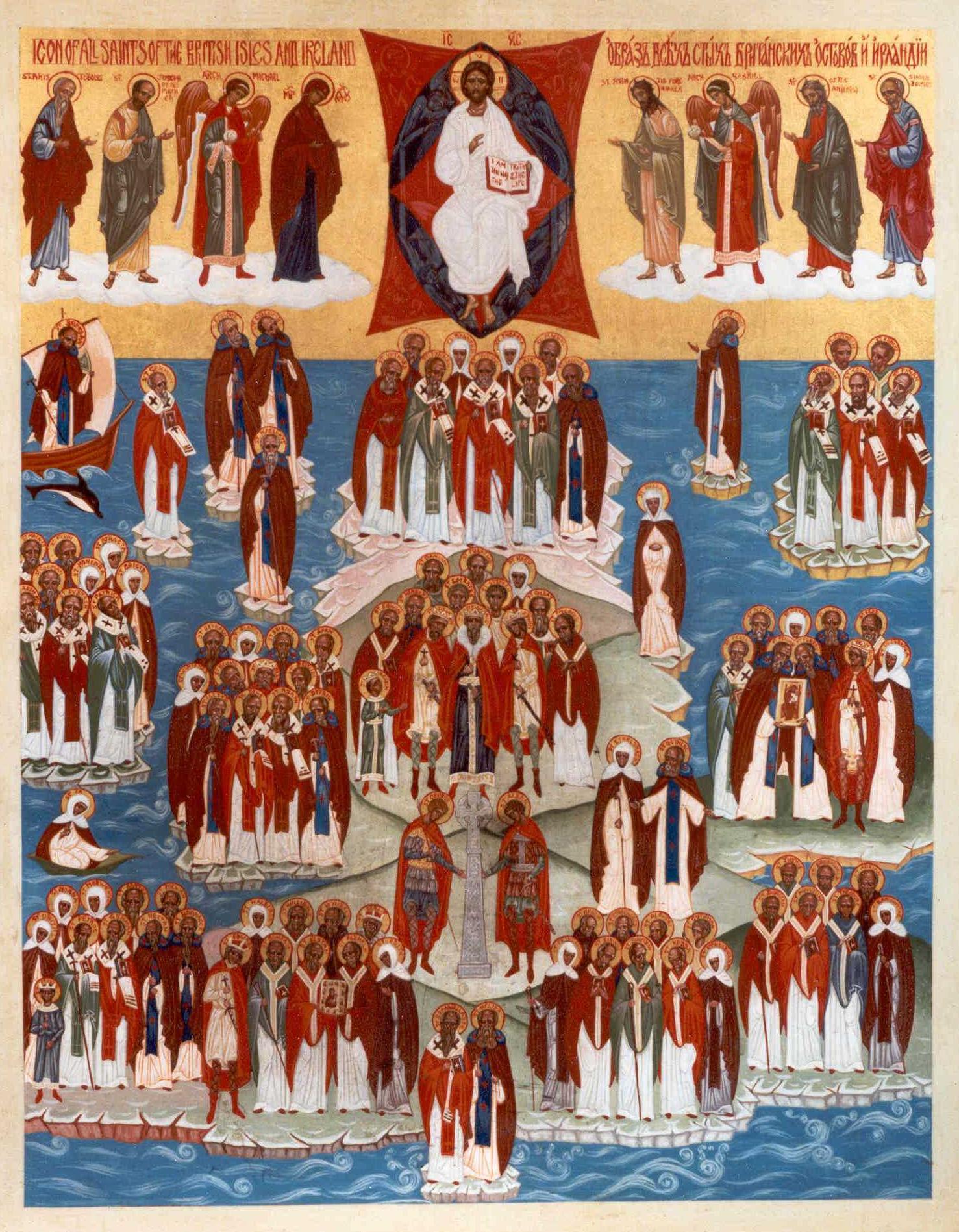 Identities of the Saints in the icon