In the ancient Church, the catechumenate, or time during which one is a catechumen, often lasted for as much as three years and included not only participation in the divine services but also lengthy catechesis, formal instruction from a teacher, often the bishop or appointed catechist.

Catechumens are understood to be Christians upon beginning their catechumenate, and should they die before baptism, they are traditionally given an Orthodox funeral.

As the Church eventually became the majority religion of the lands in which it sojourned, the catechumenate as an institution gradually died out in many places, as most Christians were being baptized shortly after birth. As Orthodoxy has moved into the West and Far East and has begun gaining converts to the faith, the catechumenate has been significantly rejuvenated.

Catechetical instruction in Orthodoxy in America does not typically last the three years which was common in the time of St. John Chrysostom, but typically can last from six months to a year, depending on the practice of the bishop, his jurisdiction, and the level of spiritual maturity of the catechumen. Local parish priests typically oversee the catechesis of those preparing to be received into the Church.

Before becoming a catechumen you will be expected to attend Liturgy for at least several months and attend Inquirer’s Classes until you and the priest are confident about your decision. You will then will be received as a catechumen by anointing and prayers at the end of Matins on a Sunday morning, and assigned a sponsor who will be praying for you daily. During your catechumenate you will be expected to attend Liturgy regularly. As a catechumen you are a part of the community “by intention” and should begin to participate in the various activities and disciplines of the Church, so far as possible.

If you are interested in becoming a catechumen at Holy Trinity please see Fr. Alban to begin the process. You will be expected to attend a series of teachings and to read under the direction of the priest.

Before you are baptized or chrismated several things will happen: 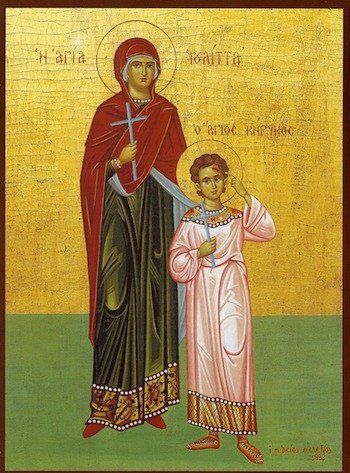